My Account
Cart
0
YOUR CART
0 item(s)
Cart is empty
View cart
Checkout
Home/Blogs/Three Cheers for the Red, White and Blue!

Three Cheers for the Red, White and Blue!

July 4th weekend is one of the biggest celebrations of the summer, and it should be; despite all its faults, this country is worth commemorating. In between the hotdogs, watermelon, lemonade, whiffle ball, swimming, and fireworks, take a moment to remember why July 4th is so much more than an excuse for a three day weekend.  And show off your knowledge of the good ole USA! to your family and friends with this quick primer on all things red, white and blue.

Speaking of red, white and blue; why is our flag that color?

There is no official document, resolution, executive order or federal law that offers an official reason for the colors or the meaning of the colors. The best guess is that the first flag mimicked the colors of Britain's Union Jack. As far as the meaning; in 1782, Charles Thomson, who designed the Great Seal of the United States, said "White signifies purity and innocence. Red hardiness and valour, and Blue...signifies vigilance, perseverance and justice." Ronald Reagan, in 1986, the "year of the flag" echoed and affirmed Thomson's words.

Oh, and Betsy Ross...not so much. She was a flag-maker in Philly in the late 1770's, but there is no historical evidence; no letters, no newspaper stories, no bills of sale to indicate Ms. Ross had anything to do with the American flag. Nearly a century later Betsy's grandson told the Historical Society of Pennsylvania that George Washington had requested that Betsy make the flag, but this was based on a family anecdote and nothing else.

And guess what? That tee shirt you bought just for the 4th with the flag on it? According to the US Flag Code, instituted in 1923, that's a no-no. Ditto for that flag beach towel, that flag Frisbee, that flag hat. And those flag Speedos. Especially those flag Speedos. Of course this isn't enforced or even enforceable; but it is on the books. 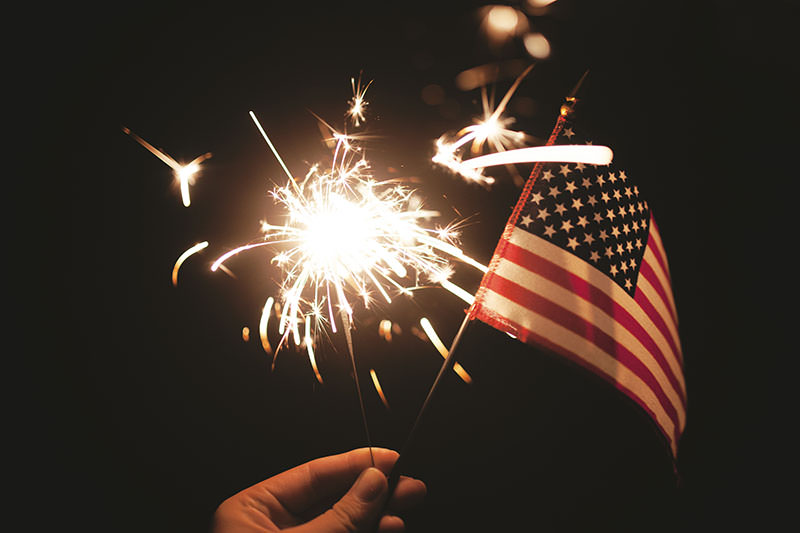 While displaying and waving or wearing an American flag may be the ultimate show of patriotism, most of those flags are now made in China.

The Star Spangled Banner, that glorious song that gets butchered like no other at various sporting events, was written by a lawyer, Francis Scott Key. Key just happened to witness a merciless 25 hour bombardment of Fort McHenry in 1814. As the sun rose in the morning, he was stupefied to see that the American flag was still flying over the Fort. This sight inspired him to grab a quill and write those impossible to remember lyrics.

Why are they so hard to remember? So many singers have flubbed up our National Anthem! In 1990, Roseanne Barr did an infamous screeching rendition at a San Diego Padres game. Christina Aguilara had the pipes but not the words; she crashed and burned at the 2011 Super Bowl. That same year Steven Tyler boffed it at the AFC championship game. Champion runner Carl Lewis gave it a try at the NBA finals in 1993; he's the only celebrity to add the words "uh-oh!" to the lyrics. Michael Bolton was smart enough to write the words on his hand when he performed at the 2003 ALCS awards; he wasn't slick enough to read those words without everyone noticing. At the 2013 World Series, James Taylor started singing America the Beautiful; he had to start over again with the right song. Those are just a few of these celebrity bloopers; imagine how many craptastic renditions are sung every year at amateur events!

So, could you do it? Never mind hitting the notes, could you make it all the way through that one verse of our glorious National Anthem? Yeah, one verse. There are actually four.

Oh, say, can you see, by the dawn's early light,
What so proudly we hailed at the twilight's last gleaming?
Whose broad stripes and bright stars, through the perilous fight,
Over the ramparts we watched, were so gallantly streaming?
And the rockets red glare, the bombs bursting in air,
Gave proof through the night that our flag was still there.
Oh say, does that star-spangled banner yet wave
Over the land of the free and the home of the brave! 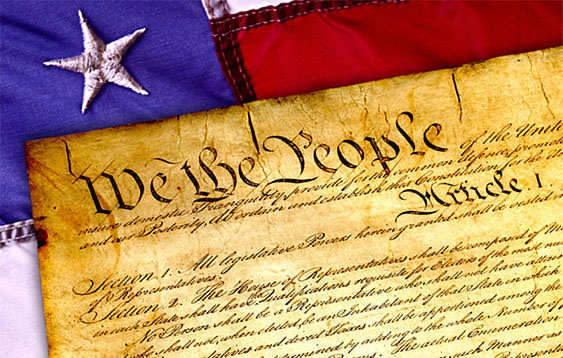 The Declaration of Independence, the manuscript that started it all, was the first public document to use the phrase "the United States of America."  America's birth certificate penned by Thomas Jefferson, the D of I eloquently stated the ideals on which this nation was founded: the right to life, liberty and the pursuit of happiness, the consent of the governed and resistance to tyranny.  Since 1776, approximately 120 declarations of independence have been made by different countries and peoples all over the world, many of them modeled on ours.

A true patriot to the end, Thomas Jefferson died on July 4! BTW, Jefferson reportedly wrote the first draft of the document while sitting in Philadelphia's Indian Queen tavern while enjoying a cold draft of his own.

Speaking of cold drafts, more beer is consumed during the July 4th weekend than any other holiday. It generates over a billion dollars revenue for the US. It also generates more traffic accidents than New Year's Eve. And speaking of accidents, in true US of A fashion ('Merica!) citizens mix that beer with a lot of fireworks.

Americans will spend more than $800 million on fireworks; there will be more than 1400 hand injuries on the 4th. Interestingly, most of those will be caused by sparklers! Who knew? Sparkler temperatures can reach up to 1800 degrees!  Needless to say, the emergency rooms are hopping over the 4th weekend.

The first July 4th party happened a year after the US declared independence; it was hosted by the city of Philadelphia. Congress was adjourned and neighbors were annoyed by bonfires, fireworks, bell-ringing, muskets and cannons firing. The 4th didn't become a federal holiday, however, until 1870; and it didn't become a paid holiday until 1938.

•    Jefferson was only 33 when he wrote the Declaration of Independence.

•    John Adams refused to celebrate the 4th of July because Congress had voted for independence on the 2nd.

•    The original American flag featured 13 stars in a circle so all the Colonies would appear equal; ala the Knights of the Round Table.

•    John Adams and Thomas Jefferson recommended the bald eagle as our national bird; Benjamin Franklin was hoping to make it the turkey.

•    The Liberty Bell in Philadelphia is tapped (not actually rung; it does have that big crack!) thirteen times in honor of the original thirteen colonies every 4th of July.

•    The tune of the Star-Spangled Banner was originally associated with an English drinking song called “To Anacreon in Heaven.” Can you imagine those high notes, late at night in a pub?

•    Our Independence Day is July 4; it is also Liberation Day in Rwanda and Republic Day in the Philippines.

•    The term "Declaration of Independence" is not used anywhere in the actual document, and it isn't clear when or how the document started to be referred to in that way.

•    Benjamin Franklin was the oldest signer of the D of I at 70; the youngest was Edward Rutledge at 26.

•    There were 200 copies of the original D of I printed; only 27 of those copies are presently accounted for.

•    Tiny Rhode Island was the first colony to renounce its allegiance to the British Empire.

Have a safe and happy 4th of July from Family Leisure!

“May it be to the world... the signal ... to assume the blessings and security of self-government. That form...restores the free right to the unbounded exercise of reason and freedom of opinion. All eyes are opened, or opening, to the rights of man. ...For ourselves, let the annual return of this day forever refresh our recollections of these rights, and an undiminished devotion to them."