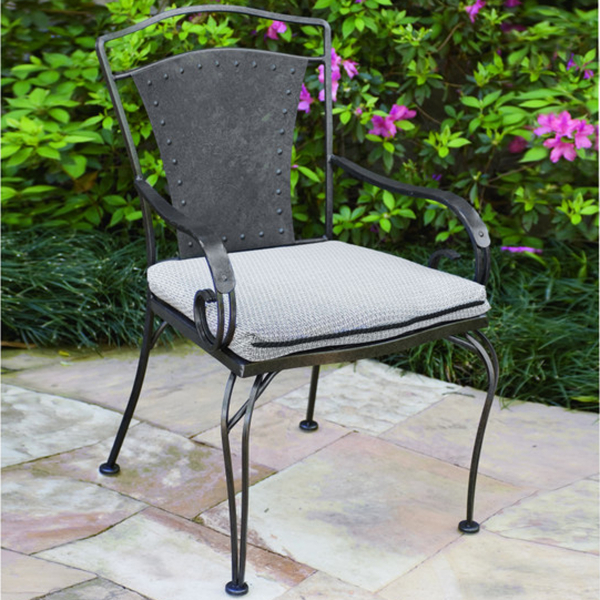 An iron alloy used for thousands of years for everything from swords and axes to guard rails and garden furniture, wrought iron is a metal that's strong, durable, easy to bend and easy to weld. Historically wrought iron was referred to as commercially pure iron, being made on the scale for commercial uses, but this is no longer the case.

Iron garden furniture in general evolved from the Industrial Revolution in the early 1800s; crews of skilled artisans and entire production facilities now produced chairs, settees, sofas, love seats and more on a mass scale for both indoor and outdoor use. Cast iron became popular in America for use in garden furniture in the 1830s and 1840s. Major producers emerged in the Northeast, including J.L. Mott in New York and Hanson & Kirk of Philadelphia during this time period.

These early manufacturers relied heavily on Rocco Revival designs, featuring rustic and natural themes such as grape-and-leaf motifs, intricate piercework, flower-and-scroll crests, floral garlands, curled handholds and much more. Designers also incorporated Renaissance Revival and Neoclassical motifs such as columns and lyres, creating pieces that offered antique ornamentation and vintage style. And this style was quite appropriate, since this furniture was initially placed in cemeteries; the old-world influence continued into the late 1800s as the use moved towards the home. 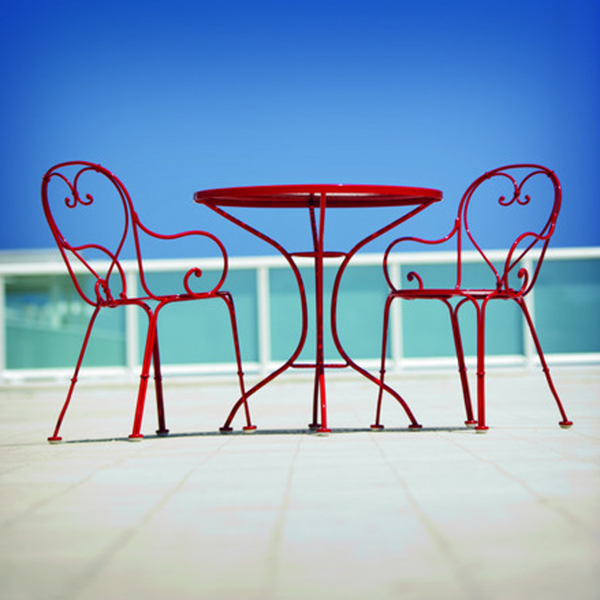 In addition to cast iron, wrought iron furniture emerged during the early 1800s for use in parlors, living rooms and even gardens of the wealthy elite. Just like cast iron, early wrought iron patio furniture was painted dark colors, but eventually moved to white towards the end of the 19th century.

From these wrought iron designs emerged iron-wire chairs in the late 19th and early 20th centuries. These chairs were used in public spaces, such as shops, cafes and ice cream parlors, and became known as ice cream parlor chairs. Many modern bistro chairs copy this style today; the Parisienne Bistro set is pictured left as an example of this iron-wire style (view the Parisienne Bistro Collection by Woodard here).

Initially these chairs were designed to be sturdy and functional, which is true, but they also tended to offer graceful lines and elegant patterns. The initial look copied Queen Anne wood chairs, with cabriole legs, vase-shaped splats, and other elements from this historic style, and this has filtered down to contemporary pieces.