There’s a saying in Indiana “Don’t like the weather? Don’t worry, in 5 minutes it will change.” It’s hilarious. If you hear it ten times in a day, which I sometimes do, you will LYAO. Granted, the weather in Indiana has always been a bit unpredictable; it’s not at all unusual to pass a lovely spring day taking a picnic in the park and then spend the very next day shoveling snow off your driveway. But it seems like the Hoosier state is going to have to think of something else to quip about, because the national weather seems to have gotten weirder and more unpredictable as the years go by.

And with the weather comes the words.

What has struck me more than anything is the new vocabulary of weather. I get it; with 24-7 weather and news stations, everyone is looking for an angle to keep us tuned in. So maybe there’s some exaggeration, maybe some prevarication, maybe they hyperbole all over the place. And maybe they find some words to use that will engage, interest and/or terrify us. 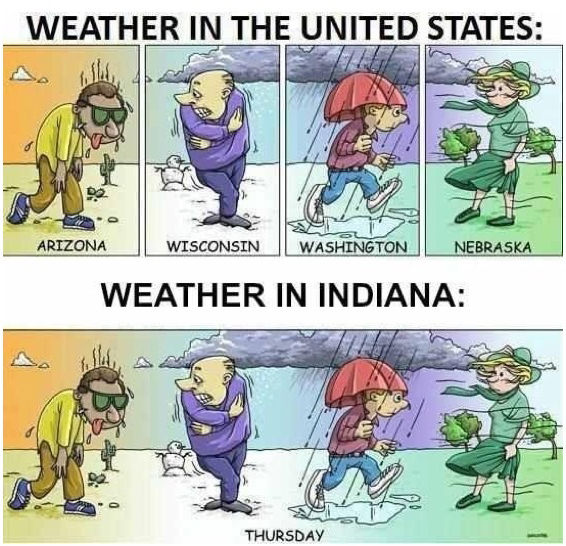 How about a “polar vortex”? Doesn’t that sound scary? The black hole of winter weather. According to the National Weather Service, the polar vortex has always surrounded the earth’s poles; sometimes it gets a little enthusiastic and visits other regions of the world. And get this, its stronger in the winter and weaker in the summer. What?! Oh, by the way, a vortex just refers to a current of air that flows counter-clockwise. It will not suck you into another dimension.

I am no spring chicken; but until recently I had never heard of an “atmospheric river.” Yeah, apparently there are rivers in the sky. These atmospheric rivers are credited with ending the drought in California. They are “long narrow regions in the atmosphere, columns of vapor that carry water and dump it as rain when they reach landfall.” Columns of vapor? Rain? Ummm, aren’t those clouds?

The word “haboob” was used to describe the massive dust storm that hit Phoenix a few months ago. Meteorologists lifted that word from the Sudan where sand storms are common. They are fairly common in the US as well, and are most likely to occur during periods of drought. The 1930’s are known as the Dust Bowl because dust storms, I mean, haboobs, were so prevalent during an extended drought that showed up for the Depression. If they called it the Haboob Bowl the Depression might not have been quite as depressing.

Meteotsunami. Heard that one? As if the word “tsunami” isn’t enough to cause terror, now we have to contend with meteotsumanis. The difference; a tsumani is caused by an earthquake, a meteotsunami is caused by the weather. A fast-moving weather system, with strong winds, that creates larger than normal waves.  And don’t confuse a meteotsumani with a seiche; that’s another new one. While you could experience either in one of the Great Lakes, a seiche occurs when the water on one side of a lake basin sloshes over to the other side of the basin whipping up some huge waves. Like a kid in a bathtub.

Then there is the “derecho” which is a cluster of thunderstorms that can produce wind damage. Spanish for “straight ahead” or “direct” the derecho moves in a line. The term was coined in 1888 by a physics professor at the University of Iowa who wanted a way to describe what are essentially tornados that don’t twist. He opted for the Spanish word derecho as a suitable mate for the word tornado. Tornado is also a Spanish word, fyi. After a hundred or so years of disuse, the term “derecho” is back because it sounds much more interesting than “straight line wind storm.”

My favorite new word, by far – “bombogenesis.” Besides being a great name for a band, it is also another word designed to freak us out and cause us to start stock-piling supplies. Apparently a bombogenesis happens quite frequently; it is a winter storm that develops over the water. In order to classify as a bombogenesis a low pressure system has to drop 24 millibars in 24 hours. And if you didn’t know, a millibar is used to measure atmospheric pressure; it is one thousandth of a bar, equivalent to 100 pascals. Beats me. Bombogenesis is accompanied by rapid winds and, sometimes, ba-ba-bah! – thundersnow.

Head for this hills, thundersnow is coming! Everytime I hear that word I think of “Thundercats” – a cartoon show my son used to be fond of back in the 80’s. Lord Lion-O. Apparently it had a reprisal in 2010; I don’t know why. Granted, thundersnow is an uncommon phenomenon, but it is, essentially, a snow storm with thunder. Like a rain storm with thunder. You know, a thunderstorm. Only with snow.

Can’t talk about all this crazy weather without pointing out that some good quality patio furniture is the answer to all things weather-related. Family Leisure carries several premium lines designed to weather the weather and look great and perform well for several seasons. Berlin Gardens is particularly suited to any type of weather; wind, snow, rain, sleet, maybe even a haboob or two. Their Classic Terrace Deep Seating Collection offers comfortable, maintenance-free, recycled and recyclable poly lumber that rivals the comfort of indoor furniture. 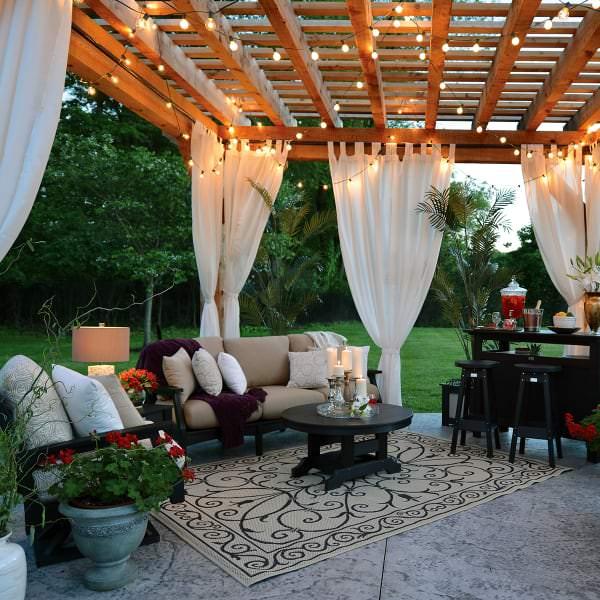 The St. Augustine Collection by Hanamint offers a completely different style and look with just as many weather-resistant features. It is heavy, fade-resistant, rust-proof, bombogenesis-friendly, and, an added bonus, it features a beautiful finish and design. 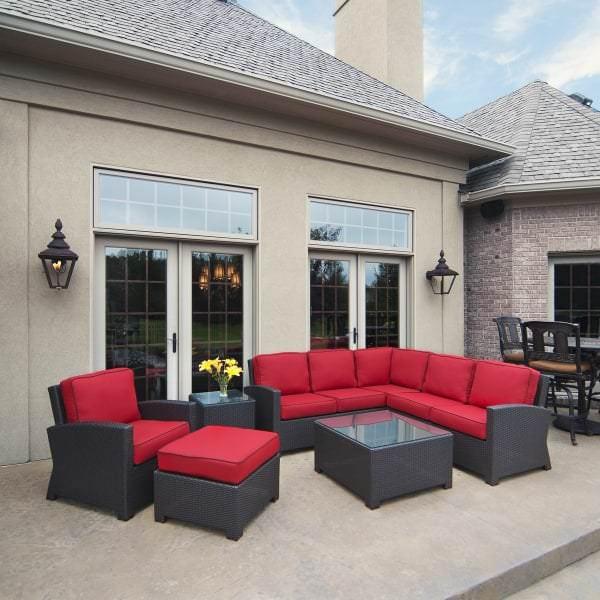 And of course there is more “traditional” looking patio furniture like the Montreux by Tropitone. Powder-coated aluminum frames and quick drying, no worries sling seating are ideal for uncovered outdoor areas. 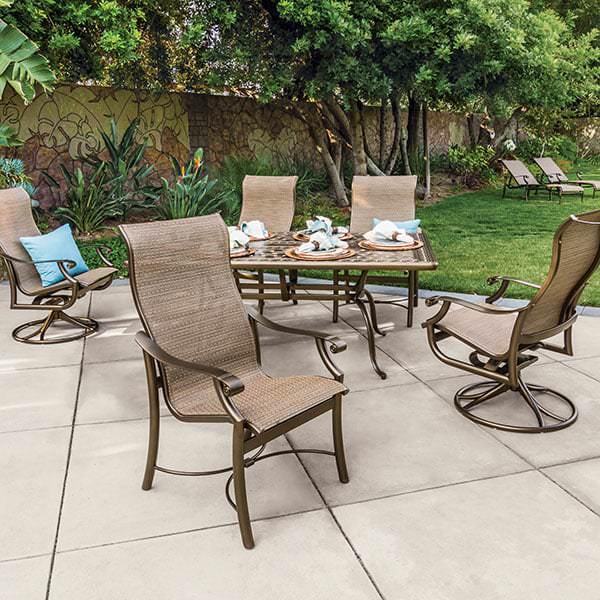